What is RINEX format?

The RINEX format, whose name comes from the acronym in English of “Receiver INdependent EXchange”, is a format of text files that stores, in a standardized way, information of the calculation of magnitudes such as position and velocities based on a series of measurements to the satellites of the different GNSS constellations. This format also allows the exchange and processing of data regardless of the brand, model or characteristic of the GNSS receiver or processing system.

When and how is the RINEX format created?

It was presented at the 5th International Geodetic Symposium on Satellite Positioning, in 1989, Las Cruces (Mexico); being recommended in August of this year by the International Association of Geodesy as a standardized format for data exchange, originally for GPS and later adapted to the Russian GLONASS constellation and other GNSS systems.
The first version of this RINEX format was developed by the Astronomical Institute of the University of Bern for the exchange of GPS data that was collected during the first European campaign EUREF89 (1989), where more than 60 receivers from 4 different manufacturers intervened, so developing and having a data exchange system and file was fundamental.

The RINEX format consists of the creation of four types of files from version 2. These four types are:

The RINEX format consists of the following ASCII files:

Generally, it is presented with 4 files:

It is the most important, therefore, it has greater storage weight. Now here are the pseudodistances measured in meters: C1 (C/A code or standard on the frequency L1), P1 (code P or Precise in L1) and P2 (code P in L2). It contains information on the observables for each satellite and constellation, as well as the characteristics of the receiver and antenna used in the field, time interval of the captured data, start and end time of the observations, among others. 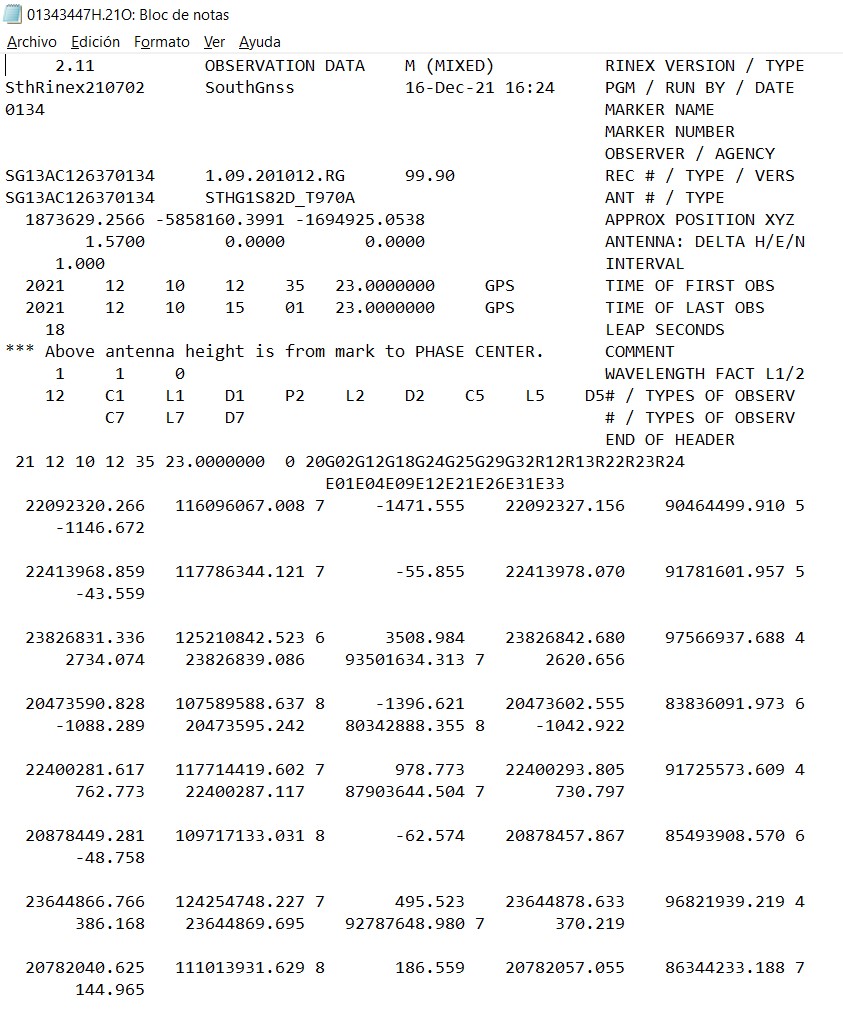 Importance of the RINEX format

Its importance lies in those cases where the positioning requires a data post-processing, since it implies that the binary data of each type of receiver in different brands, models and characteristics can be transformed into a universal independent ASCII7 format, allowing the use of other types of software and exchange of data from other receivers.
The binary information structure differs from receiver to receiver, it is necessary for each GNSS software vendor to generate an interpreter for this format.
Currently, most manufacturers of these GNSS post-processing software incorporate the option of loading and downloading the RINEX format, being able to download directly from the source file or by applying a transformation to the program’s own data.

The first version of RINEX presented and accepted by the 5th International Geodetic Symposium on Satellite Positioning (1989) only transformed static positioning data. Later versions already began to consider fast static positioning, pseudo kinematic and kinematic, among others. The second version was presented at the Second International Symposium on Precise Positioning with the Global Positioning System in Ottawa, Canada, in September 1990, with the possibility of including tracking data from different satellite systems.

In addition, there are several subversions: RINEX 2

There is a new version RINEX 3:

As can be seen, the latest changes made to the RINEX files are related to the inclusion of observations from the GLONASS constellation, enabling mixed files, and a new treatment given to measurements under A/S. One of the most relevant variations of the inclusion of the GLONASS system is the creation of a new navigation file for this system, being – as already mentioned – four files that are generated. At the time the PRN number of each satellite has the format snn, where s corresponds to the identifier of the system to which it belongs (G or bank: for GPS, R: GLONASS, T: Transis) and nn is the number of the satellite. Other changes include the expansion of satellite pickup by era, since it was limited to 12 satellites, and the inclusion of additional parameters within the navigation file.

The present and future state of RINEX depends on the decisions made in the Symposiums that take place among scientists from all over the world. Accepted improvements are usually published by the International Geodesy Association and transmitted to GNSS equipment and software producers. 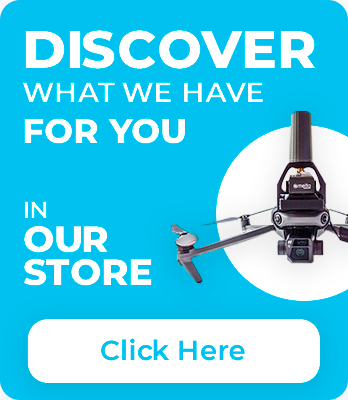 In this opportunity we will make a comparison between a Topographic Survey with Total Station or with GNSS...

What is RINEX format? The RINEX format, whose name comes from the acronym in English of "Receiver INdependent...